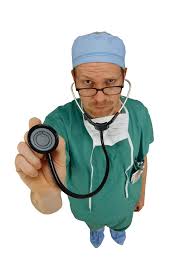 My name is M, a cisgender gay man, and I am married to Y, a transgender gay man. Y has currently stopped his testosterone shots after 3 years, and we are planning a pregnancy in the near future.

I came across your name in your blog, and in several posts made by transman who are in a similar position to me and my partner. I was hoping you could assist us with our major  questions, since we live in Israel, and most MD’s, OBGYN’s and other medical personnel here do not have any experience with transman fertility and pregnancy.

Since Y’s period has returned very quickly (after only one month without testosterone), our major concern at this time is on the prospect of having a healthy baby after 3 years of high-dosage testosterone treatment (250mg every 2/3 weeks). We have come across several stories of transman who got pregnant after using testosterone for some time, and there seems to be a high percentage of autistic children born that way (3/4 out of 8 stories we found, with the rest all under 3 years old – so we assume no conclusive diagnosis could be reached). In addition, we could not find any information about the effects testosterone usage has on the ova, and the chances it could cause mutations or other problems (since Y did not have a period for almost 3 years).

Do you have any information regarding these issues that we bring to our doctors for consultation? Any assistance would be appreciated, since we are currently considering giving up on the pregnancy because of that…

Thank you very much for your help 🙂

Thank you for your excellent questions. Congratulations also on your plans to become fathers. Being a father changes you for the better and I am so grateful to be one myself.

I have identified the the following questions from your letter:

Your question about the relationship between testosterone and autism is complicated in that the diagnostic criteria has changed over time, its cause is unknown and there is no published data on transmen who father children much less those who father autistic children. That said, I have scoured the literature and will do my best to answer your questions to the limits of current scientific findings. I will do this in two ways. In “Short & Sweet” I will answer your questions as succinctly as possible and “Nitty Gritty” will probably give you more info than you care to know. All references will follow below. Thanks again for writing and good luck to you as you plan to enlarge your family.

1. What is the prospect of having a healthy baby after 3 years of high-dosage testosterone treatment?

The most important determinants in whether or not you will have a healthy baby are the age of the ovaries, genetic predispositions, drug exposures and healthy living.

DNA is packaged into chromosomes of which humans have 46, 23 from each parent. Each chromosome has thousands of genes which form the blueprint for making and sustaining life. Unlike sperm, eggs have a long shelf life and do not get replaced when they run out. Babies with ovaries already have all the eggs their body will ever have. As they age their eggs age too and the risk for chromosomal errors continues to climb. The most common chromosome error is Down Syndrome and is a result of having an extra chromosome #21. While the risk for having a child with Down Syndrome is only 1 in 1667 for a 20 year-old, this risk rises to 1 in 385 for a 35 year-old and 1 in 106 for a 40 year-old.

We all have 2 copies of our genes. Many of us carry mutant copies that are compensated by having paired normal genes that can do all the work necessary. Individuals with 2 mutant genes will have disease, such as Tay-Sachs, cystic fibrosis or sickle cell anemia. These disorders are called recessive because you must have 2 bad genes for disease to be present. Some genes are so essential that you need to have 2 working copies to prevent disease. These disorders are called dominant because you only need 1 bad gene to have the disease. Examples of this are Huntington Disease and neurofibromatosis. The best way to find out if you have an increased risk of having a child with a genetic disease is to see a genetic counselor who will help you to review your family tree and calculate your unique risk.

Drugs including alcohol, nicotine, street drugs and pharmaceutical drugs can all impact the health of a developing baby. As much of the fetal organ formation occurs within the first 3 months of pregnancy, it is very important to stop smoking, drinking and using recreational drugs prior to becoming pregnant. You should also start taking a prenatal vitamin with extra folate (aka folic acid) and review your medications with your doctor.

Both testosterone and estrogen are present in all humans in varying amounts. They are very similar structurally and can be readily converted from one to the other by a single enzyme, aromatase. Depending on which type of testosterone you are using, it can take as long as 6 weeks for your body to get rid of it.  The major risk to a pregnancy with elevated levels of androgens like testosterone is the masculinization of a baby’s female external genitalia and brain with potential social, sexual and gender identity consequences. The effect on males appears to be blunted as male fetuses are able to compensate and maintain their total testosterone exposure within normal limits. In conclusion, testosterone should be discontinued at least 6 weeks prior to pregnancy in order to prevent its negative effects on a potentially female fetus.

2. Is there an increased risk of having an autistic child as a result of prior testosterone use?

The cause of autism remains unknown and there is no evidence to suggest that prior testosterone use increases your risk for having a child with autism. However, there have been some interesting findings that may implicate continuous exposure of elevated testosterone levels as a factor in its development.

First of all, let’s review some facts about autism. Autism is a clinical diagnosis given to a child after evaluation by a physician if s/he meets criteria however there is no blood or genetic test to confirm or refute a diagnosis. The definition of autism has changed over time and is now felt to be a part of spectrum. Current thinking is to place the typical female brain on one end of the spectrum, the typical male brain in the middle, Asperger syndrome next and autism on the other end. Thus autism can be thought of as an “extreme male brain” disorder. Evidence to support this includes the fact that autism effects 4 boys to every girl and Asperger syndrome is 8 to 1. Additionally women with congenital adrenal hyperplasia, who were exposed to elevated prenatal levels of androgens, have increased autistic traits. However, high levels of prenatal testosterone alone does NOT invariably result in autism.

3. What are the effects of testosterone on the ova (egg cells in the ovaries)? Can it cause mutations or other negative problems?

Testosterone is not known to cause mutations in egg cells. High levels of circulating androgens have been associated with polycystic ovarian syndrome (PCOS), infertility and cancers of the breast, ovary and uterus.

What to expect from your providers

8 thoughts on “Testosterone and autism”

I am a board certified OB/GYN physician in Saranac Lake, NY. My practice includes traditional obstetrics and gynecology as well as medical and surgical services specific to the needs of minorities of gender, sex and sexual orientation. I strive to provide personalized, comprehensive and compassionate care to all of my patients.